Video upload is a mystifying pain. 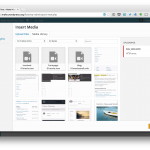 HTTPHTTP HTTP is an acronym for Hyper Text Transfer Protocol. HTTP is the underlying protocol used by the World Wide Web and this protocol defines how messages are formatted and transmitted, and what actions Web servers and browsers should take in response to various commands. error when trying to upload a video to make/flowFlow Flow is the path of screens and interactions taken to accomplish a task. It’s an experience vector. Flow is also a feeling. It’s being unselfconscious and in the zone. Flow is what happens when difficulties are removed and you are freed to pursue an activity without forming intentions. You just do it.

Flow is the actual user experience, in many ways. If you like, you can think of flow as a really comprehensive set of user stories. When you think about user flow, you’re thinking about exactly how a user will perform the tasks allowed by your product.Flow and Context 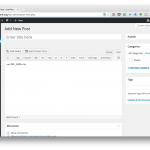 I made several attempts to upload a video and had to bail to desktop to finish my post. The journey begins with an attempt to upload a 61 second video to a wordpress.comWordPress.com An online implementation of WordPress code that lets you immediately access a new WordPress environment to publish your content. WordPress.com is a private company owned by Automattic that hosts the largest multisite in the world. This is arguably the best place to start blogging if you have never touched WordPress before. https://wordpress.com/ hosted site. 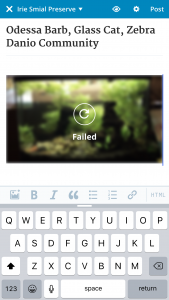 The upload fails. I’m somewhat near the edge of my wifi range, so I move closer in and tap the retry overlay. 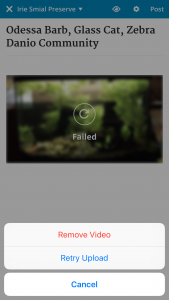 I come back later to this screen. 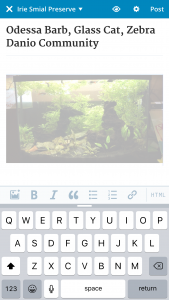 I backspace over that placeholder image and retry the upload once again. This time the upload hangs. I watch it for about ten minutes and then tap “Uploading…”. This dialog pops up. 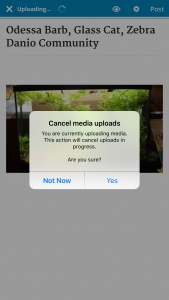 Tapping Yes does not cancel the download. After a few more cancel attempts, I restart the app and come back to what looks like an uploaded, playable video. Playback stops one second in, however. 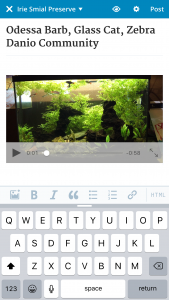 I was unable to backspace over that video, so I quite my edit session, deleted the draft, and published the video from a desktop.

603 people have pledged time to contribute to Test Team efforts! When looking for help on a project or program, try starting by reaching out to them!