Welcome to the official blog of the translator team for the WordPress open sourceOpen Source Open Source denotes software for which the original source code is made freely available and may be redistributed and modified. Open Source **must be** delivered via a licensing model, see GPL. project. This is where we discuss all things related to translating WordPress. Follow our progress for general updates, status reports, and debates.

We’d love for you to help out!

You can help translate WordPress to your language by logging in to the translation platform with your WordPress.orgWordPress.org The community site where WordPress code is created and shared by the users. This is where you can download the source code for WordPress core, plugins and themes as well as the central location for community conversations and organization. https://wordpress.org/ account and suggesting translations (more details).

Want to help in managing and validating translations? Get in touch with the existing language team and follow the glossaries & style guides if the team has them.

Don’t see your language? You can request support for it.

We have meetings every week on SlackSlack Slack is a Collaborative Group Chat Platform https://slack.com/. The WordPress community has its own Slack Channel at https://make.wordpress.org/chat/. in #polyglots (the schedule is on the sidebarSidebar A sidebar in WordPress is referred to a widget-ready area used by WordPress themes to display information that is not a part of the main content. It is not always a vertical column on the side. It can be a horizontal rectangle below or above the content area, footer, header, or any where in the theme. of this page). You are also welcome to ask questions on the same channel at any time!

LocaleLocale Locale = language version, often a combination of a language code and a region code, for instance es_MX denotes Spanish as it’s used in Mexico. A list of all locales supported by WordPress in https://make.wordpress.org/polyglots/teams/ stats

Other than that, we have 51 locales up to date.

There are five locales that have only one stringString A string is a translatable part of the software. A translation consists of a multitude of localized strings. to get to 100 – fr_CA, de_CH, oci, fa_IR, es_PE

@ocean90 has been working on the RTL version of the pluginPlugin A plugin is a piece of software containing a group of functions that can be added to a WordPress website. They can extend functionality or add new features to your WordPress websites. WordPress plugins are written in the PHP programming language and integrate seamlessly with WordPress. These can be free in the WordPress.org Plugin Directory https://wordpress.org/plugins/ or can be cost-based plugin from a third-party directory.

Here are the mockups: 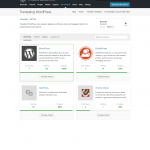 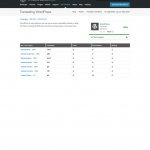 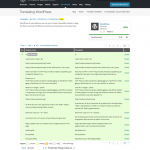 The #meta-i18n chats happen every Tuesday at 11 UTC, if you want to give feedback on these, feel free to drop by and discuss with the team. You can also do it here and we’ll get the the notes from the chat to the metaMeta Meta is a term that refers to the inside workings of a group. For us, this is the team that works on internal WordPress sites like WordCamp Central and Make WordPress. team.

There was a somewhat heated discussion on whether or now download stats from the wp-admin available for Translation Editors should be made public.

The conclusion was that the useful stats are active localized installs. Those are not the stats available in the RosettaRosetta The code name of the theme for the local WordPress sites (eg. bg.wordpress.org is a “Rosetta” site). All locale specific WordPress sites are referred to as “Rosetta sites.” The name was inspired from the ancient Rosetta Stone, which contained more or less the same text in three different languages. sites’ admin, so making them public might cause confusion and lead to inaccurate data being spread.

As @ocean90 said: “The only stats which will be made public soon is the number of active localized installs. But these stats needs to be collected and sanitized first.”

Would be great to have those at https://wordpress.org/about/stats/

Enter your email address to receive a monthly newsletter, featuring important updates from the Polyglots team.

Processing…
Success! You're on the list.
Whoops! There was an error and we couldn't process your subscription. Please reload the page and try again.

These are the people who review new locale requests and can help you with questions about translating WordPress.

954 people have pledged time to contribute to Polyglots Team efforts! When looking for help on a project or program, try starting by reaching out to them!