WordPress for iOSiOS The operating system used on iPhones and iPads. version 7.8 betaBeta A pre-release of software that is given out to a large group of users to trial under real conditions. Beta versions have gone through alpha testing in-house and are generally fairly close in look, feel and function to the final product; however, design changes often occur as part of the process. is available for testing on TestFlight. Not part of the beta program yet? Please sign up for our TestFlight program to join as a beta tester.

Using the Media Library, you can view your media, search, edit metadata, delete items, and upload new items. Please take it for a spin and let us know what you think! 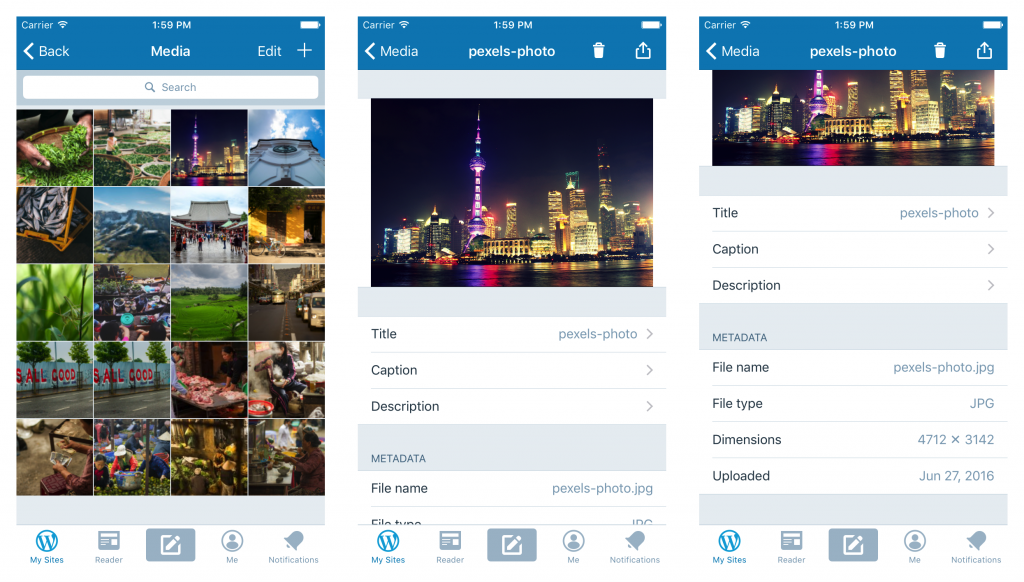 To access a site’s Media Library, simply tap the Media row on its details screen: 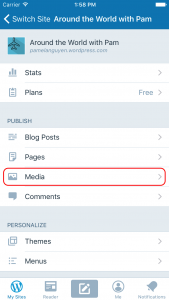 There were a lot of other improvements made in this release that aren’t being called out in this post. You can view the entire list here.

Did you find a bug or come up with a feature request while testing? You can discuss it here, pingPing The act of sending a very small amount of data to an end point. Ping is used in computer science to illicit a response from a target server to test it’s connection. Ping is also a term used by Slack users to @ someone or send them a direct message (DM). Users might say something along the lines of “Ping me when the meeting starts.” one of us in the #mobile WordPress.org Slack room, report it using the TestFlight feedback link, or head straight to the iOS GitHub repository and open a new issue.

724 people have pledged time to contribute to Mobile Team efforts! When looking for help on a project or program, try starting by reaching out to them!