The hybrid (HTMLHTML HTML is an acronym for Hyper Text Markup Language. It is a markup language that is used in the development of web pages and websites. & JavaScriptJavaScript JavaScript or JS is an object-oriented computer programming language commonly used to create interactive effects within web browsers. WordPress makes extensive use of JS for a better user experience. While PHP is executed on the server, JS executes within a user’s browser. https://www.javascript.com/.) approach has worked well enough to bring a rich editing experience to our users. The limitations of the web view has prevented us from giving those users the anything better than a 7 out of 10 experience. The only real solution for us to reach a full 10 out of 10 was to rethink the implementations to get closer to the metal. That means using APIs provided by Apple and Android to make text editing feel like something that was made for the platform.

The mobile team has been hard at work since July 2016 to improve the post editing experience for our users.

Our hope is the Aztec editor is seen as a component that can be used by many iOSiOS The operating system used on iPhones and iPads. and Android apps to provide a rich HTML editing experience. We feel that we could garner a bigger contributor base to the mobile apps simply because this component exists, is free & open, and is super awesome. We’re not biased at all, of course. 🙂 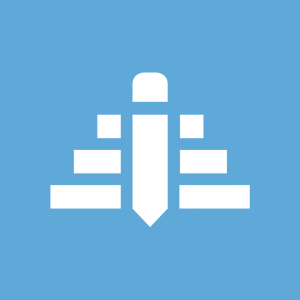 What Does Aztec Give Our Users?

What was so Hard?

Editors are hard. I think many of us here working on WordPress can attest to just how difficult dealing with HTML is sometimes. We had a number of technical hurdles to get over. Some of the challenges were:

Okay, I Want to Test it Out!

We wanted to ship Aztec quietly to limit the number of voices providing feedback. The projects aren’t 100% ready for feedback from the full community quite yet but we feel everyone reading this blog can get an early peek. We’d like you to keep some things in mind as Aztec isn’t completely finished on both platforms. We’re not rolling out Aztec to our public betaBeta A pre-release of software that is given out to a large group of users to trial under real conditions. Beta versions have gone through alpha testing in-house and are generally fairly close in look, feel and function to the final product; however, design changes often occur as part of the process. testers until we’re sure the editing is a beta or better experience.

Turning on Aztec in the WordPress Apps

You’ll want to become a beta tester for the WordPress app to get access to the newest changes. Join the iOS TestFlight program for Apple devices. Android users can join the beta from the Google Play Store on your device (under “Become a beta tester”).

The next step to using Aztec in the WordPress apps is to unlock it as it’s a hidden feature right now. In the web browser on your device, visit this URLURL A specific web address of a website or web page on the Internet, such as a website’s URL www.wordpress.org:

This unhides Aztec in settings and turns it on. You can turn the new editor on & off by following these steps:

iOS: To turn on Aztec in WP iOS 7.2 or newer, navigate to the Me tab, tap App Settings, turn on Visual Editor (which should be on already), then turn on Native Editor.

Android: Turn it on by navigating to the Me tab, tapping the App Settings option, tapping the Set editor type setting, and choosing either Legacy or Visual.

Each of the Aztec repos also contains a demonstration application to use the Aztec component without it being inside of the WordPress apps. If you want to start hacking away on the component itself, this is the best way to start looking at it.

What should I report?

How should I report?

Here’s a list of the milestones we have in the project and approximate dates:

Closer to the open beta we’ll start focusing on improving documentation for contributors on the individual project repositories. You can also look forward to seeing posts here on technical discussions for both platforms.

682 people have pledged time to contribute to Mobile Team efforts! When looking for help on a project or program, try starting by reaching out to them!