Anyone planning to attend WCSF this year from the core team, please read the post at https://make.wordpress.org/updates/2014/09/08/wcsf-tickets-and-stuff/ for information about WCSF ticket sales and the contributor days following the main conference. Thanks!

P.S. If you are planning to attend the coreCore Core is the set of software required to run WordPress. The Core Development Team builds WordPress. team meetupMeetup All local/regional gatherings that are officially a part of the WordPress world but are not WordCamps are organized through https://www.meetup.com/. A meetup is typically a chance for local WordPress users to get together and share new ideas and seek help from one another. Searching for ‘WordPress’ on meetup.com will help you find options in your area. but I have not been in touch with you regarding hotels, please pingPing The act of sending a very small amount of data to an end point. Ping is used in computer science to illicit a response from a target server to test it’s connection. Ping is also a term used by Slack users to @ someone or send them a direct message (DM). Users might say something along the lines of “Ping me when the meeting starts.” me in IRCIRC Internet Relay Chat, a network where users can have conversations online. IRC channels are used widely by open source projects, and by WordPress. The primary WordPress channels are #wordpress and #wordpress-dev, on irc.freenode.net. (jenmylo) or shoot me an email (same username @wordpress.org) so I can include you in the planning. If we have talked in general but you haven’t actually booked anything, don’t freak out — we have a spot on hold for you and you’ll be able to book it this week when we send out the booking codes.

Heads up, core team! We’re getting ready to publish details about the plans for WordCamp this October (which includes a mini team meetup), so if you’re thinking of attending, please read the post at https://make.wordpress.org/updates/2014/06/12/wordcamp-san-francisco-travel-contributor-days/ and take the short survey linked at the end of it so I’ll know how many team members to plan for (don’t worry, this isn’t a commitment or anything, I just need to get some rough numbers for budgeting purposes). Thanks!

These are the notes from a breakout discussion on multisitemultisite Used to describe a WordPress installation with a network of multiple blogs, grouped by sites. This installation type has shared users tables, and creates separate database tables for each blog (wp_posts becomes wp_0_posts). See also network, blog, site at the coreCore Core is the set of software required to run WordPress. The Core Development Team builds WordPress. meetupMeetup All local/regional gatherings that are officially a part of the WordPress world but are not WordCamps are organized through https://www.meetup.com/. A meetup is typically a chance for local WordPress users to get together and share new ideas and seek help from one another. Searching for ‘WordPress’ on meetup.com will help you find options in your area. with me, @markjaquith, and @nacin. As with all of these discussion summaries, please remember that they’re just discussions. I’m posting the notes for transparency purposes, not to say that these are the only things discussed or decided. I’m working from notes, and sometimes you don’t get everything down when you’re taking notes (next year I’ll record these things instead).

Who can lead this joint? Since the merge and Donncha moving on to other things, we had Ron for a cycle, Pete for a cycle, then no one. It would be good to have someone act as component owner.

First we need to improve the manage/use experience, then fix install stuff and get it into the dashboard to turn on multisite.

We need a useful global dashboard.

We need to have flexibility in where sites and networks live — should be able to live wherever you want on one networknetwork (versus site, blog). Subdomains/subdirectories/mapping/whatever you want, mixed subdomain/subdirectory, custom domains, global permalink consumer/router.

We need parity between plugins and themes. Enable vs activation is confusing, need to improve language, indicators. Need ability to network enable but disable for individual sites. Need to standardize network enable/activate etc for plugins/themes. Network activated plugins don’t show in individual site’s pluginPlugin A plugin is a piece of software containing a group of functions that can be added to a WordPress website. They can extend functionality or add new features to your WordPress websites. WordPress plugins are written in the PHP programming language and integrate seamlessly with WordPress. These can be free in the WordPress.org Plugin Directory https://wordpress.org/plugins/ or can be cost-based plugin from a third-party list, which is confusing.

UX ACTION ITEM — Include network activated plugins in the plugins menu and give message that it is automatically on for the whole network (if adminadmin (and super admin)/have rights to see plugins screen).

UX ACTION ITEM — Get multisite tagtag A directory in Subversion. WordPress uses tags to store a single snapshot of a version (3.6, 3.6.1, etc.), the common convention of tags in version control systems. (Not to be confused with post tags.)/indicator on plugins in directory, add multisite specific/required indicator.

Under the Hood Action Items:

ACTION ITEM — Get rid of MS-FILES.

ACTION ITEM — Enable install in subdirectory so you can use externals.

Picking up where we left off….

We kicked off Friday with a discussion about the high-level roadmap for 2012. Using our earlier talk about process and scope, we identified areas/userflows that we could use to focus a release. Areas of interest included changing themes/customizing your site, uploading a bunch of photos, interacting with audience/feedback loopLoop The Loop is PHP code used by WordPress to display posts. Using The Loop, WordPress processes each post to be displayed on the current page, and formats it according to how it matches specified criteria within The Loop tags. Any HTML or PHP code in the Loop will be processed on each post. https://codex.wordpress.org/The_Loop.. (There were more, but let’s face it, there are too many things we’d like to improve to do them all at once.)

We all donned WordPress gear so that people would recognize us at the happy hour later.

Lunch: Went to The Sentient Bean in Savannah. 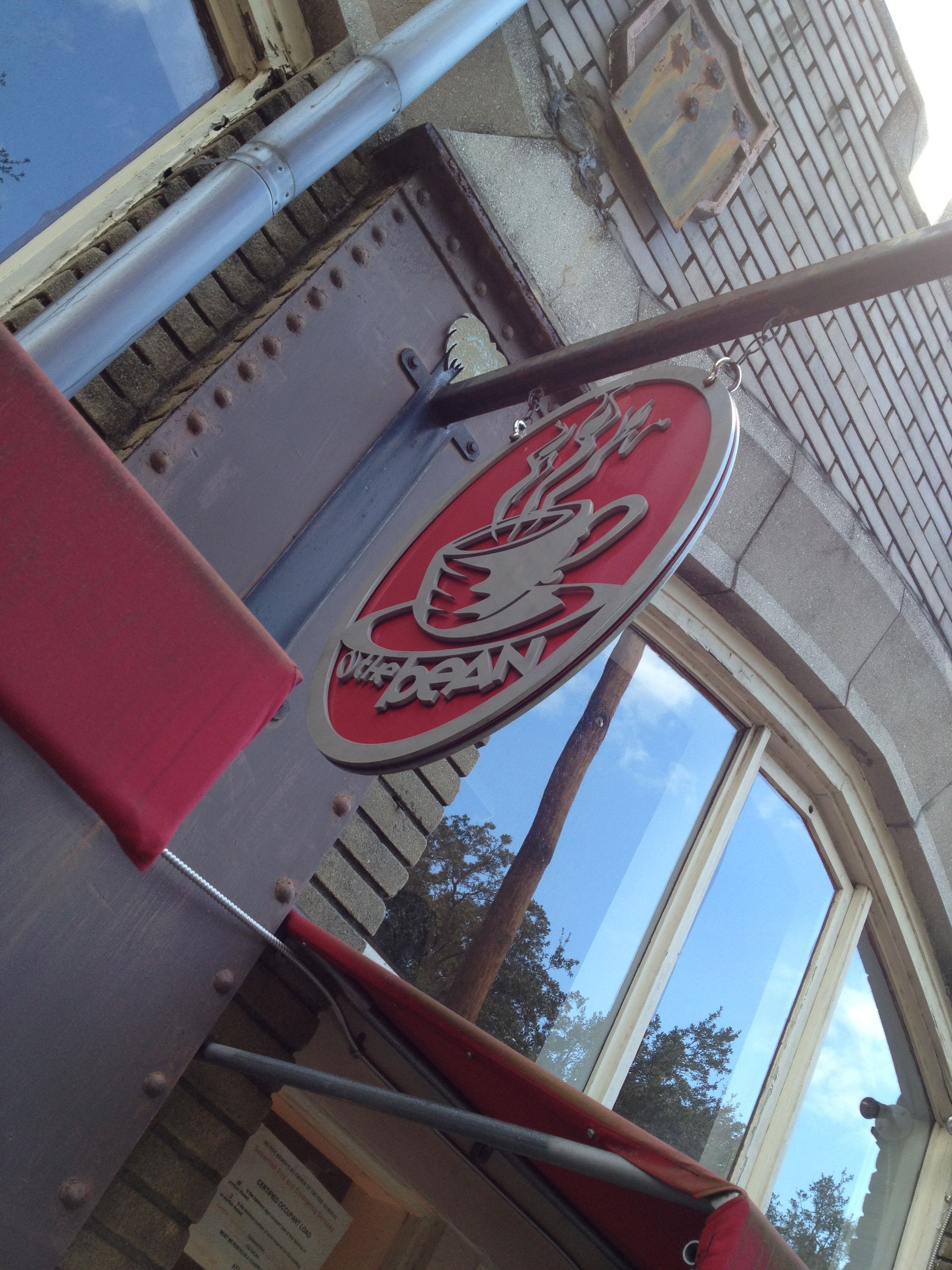 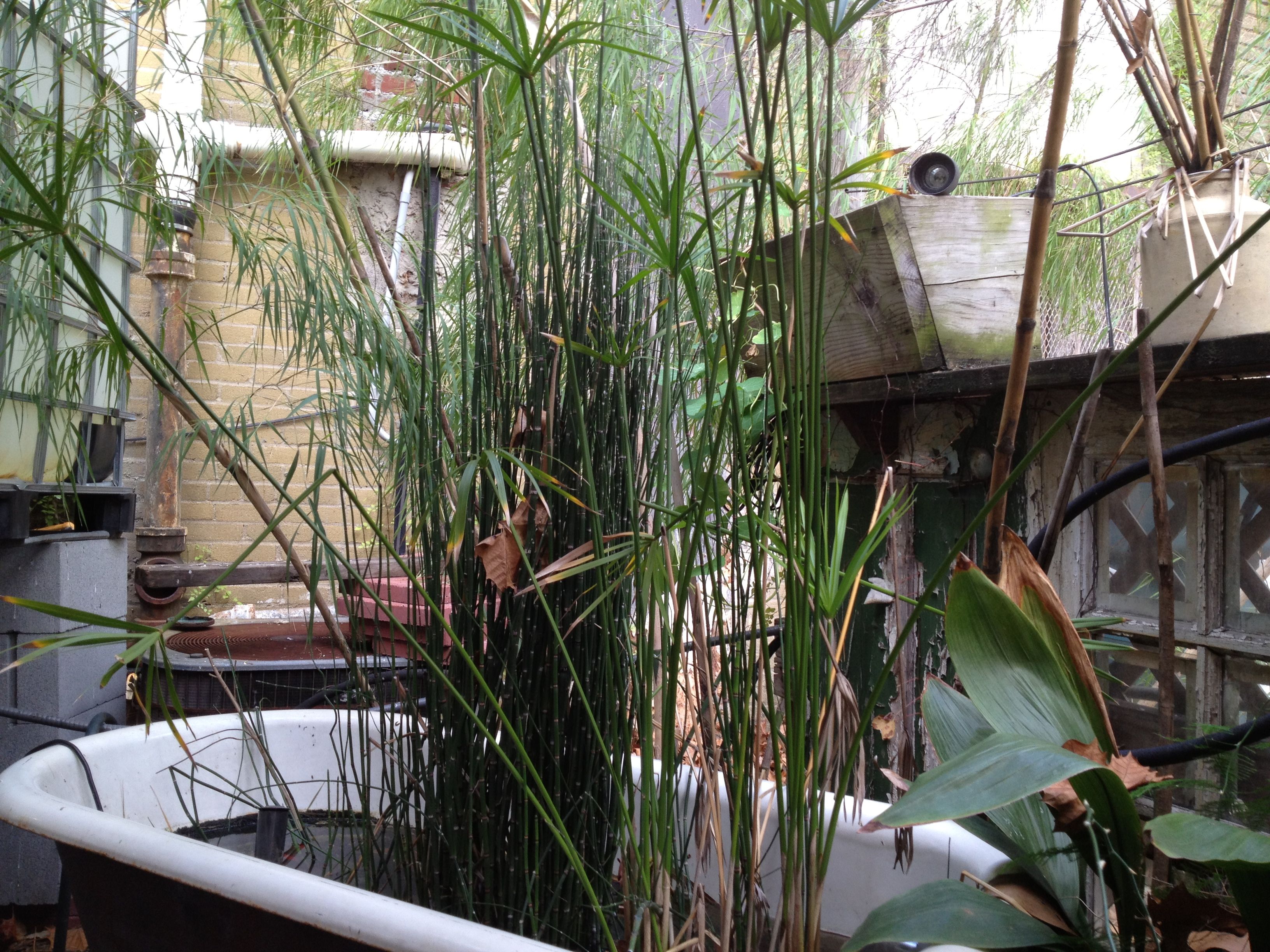 Back patio at the Sentient Bean 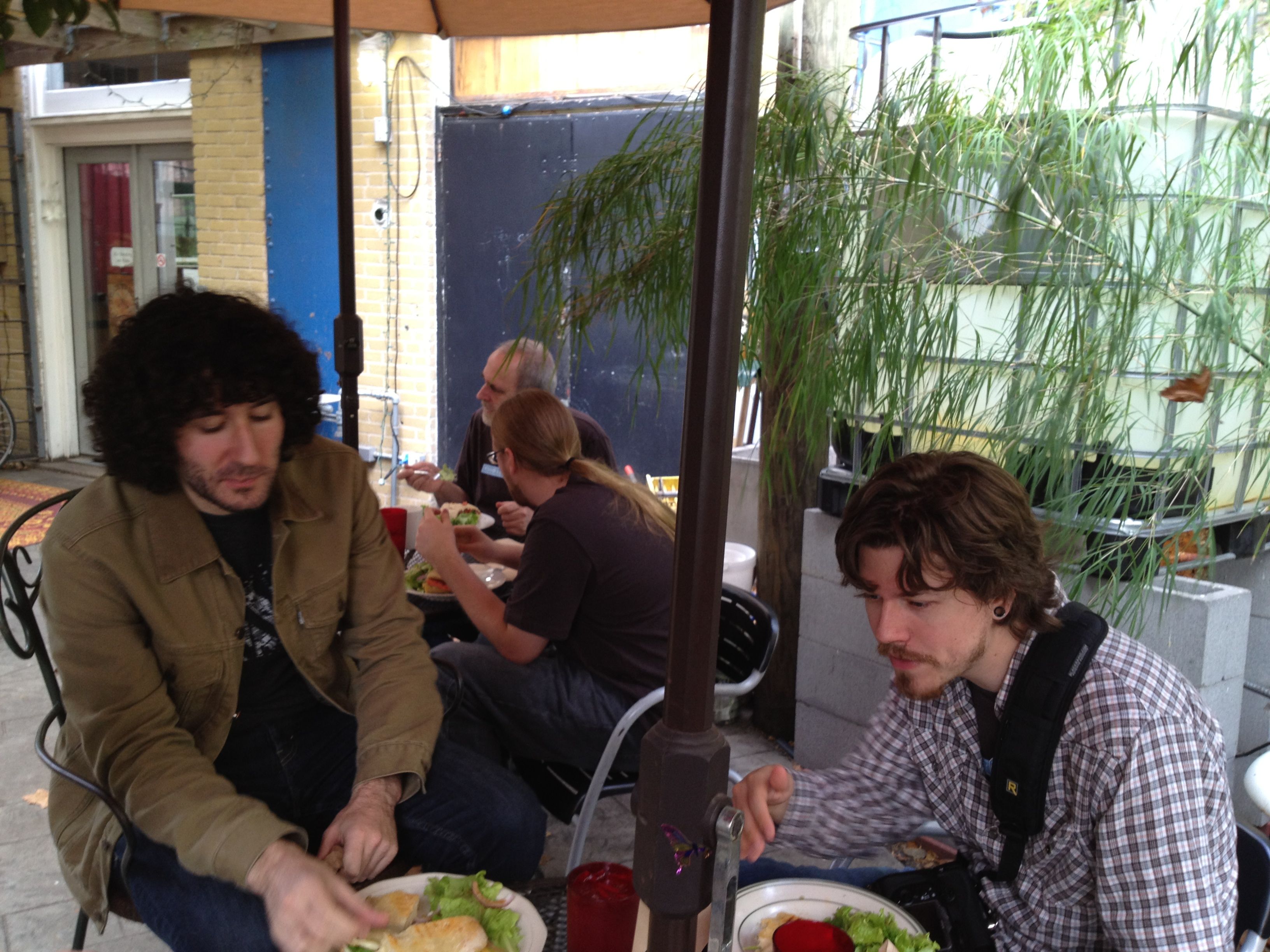 Koop and Mark, Dion and Ozz in the background

Next we went to ThincSavannah, my coworking space in downtown Savannah. We did the livestreamed Town Hall/Q&A (recording coming soon), answering questions from that forum thread I put up last week and a few that came in live from IRCIRC Internet Relay Chat, a network where users can have conversations online. IRC channels are used widely by open source projects, and by WordPress. The primary WordPress channels are #wordpress and #wordpress-dev, on irc.freenode.net.. 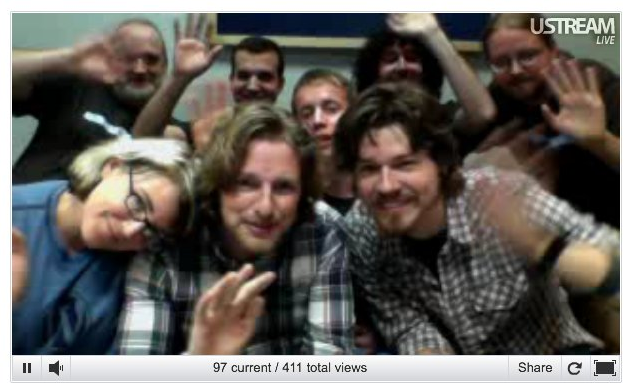 After that was happy hour at Jazz’d. Only two people came to hang out with us (and to think we dressed up especially!), but they were two great people, so we were fine. Some drinks and appetizers later, we departed for WordPress on Ice, in which we went ice skating at the Civic Center. 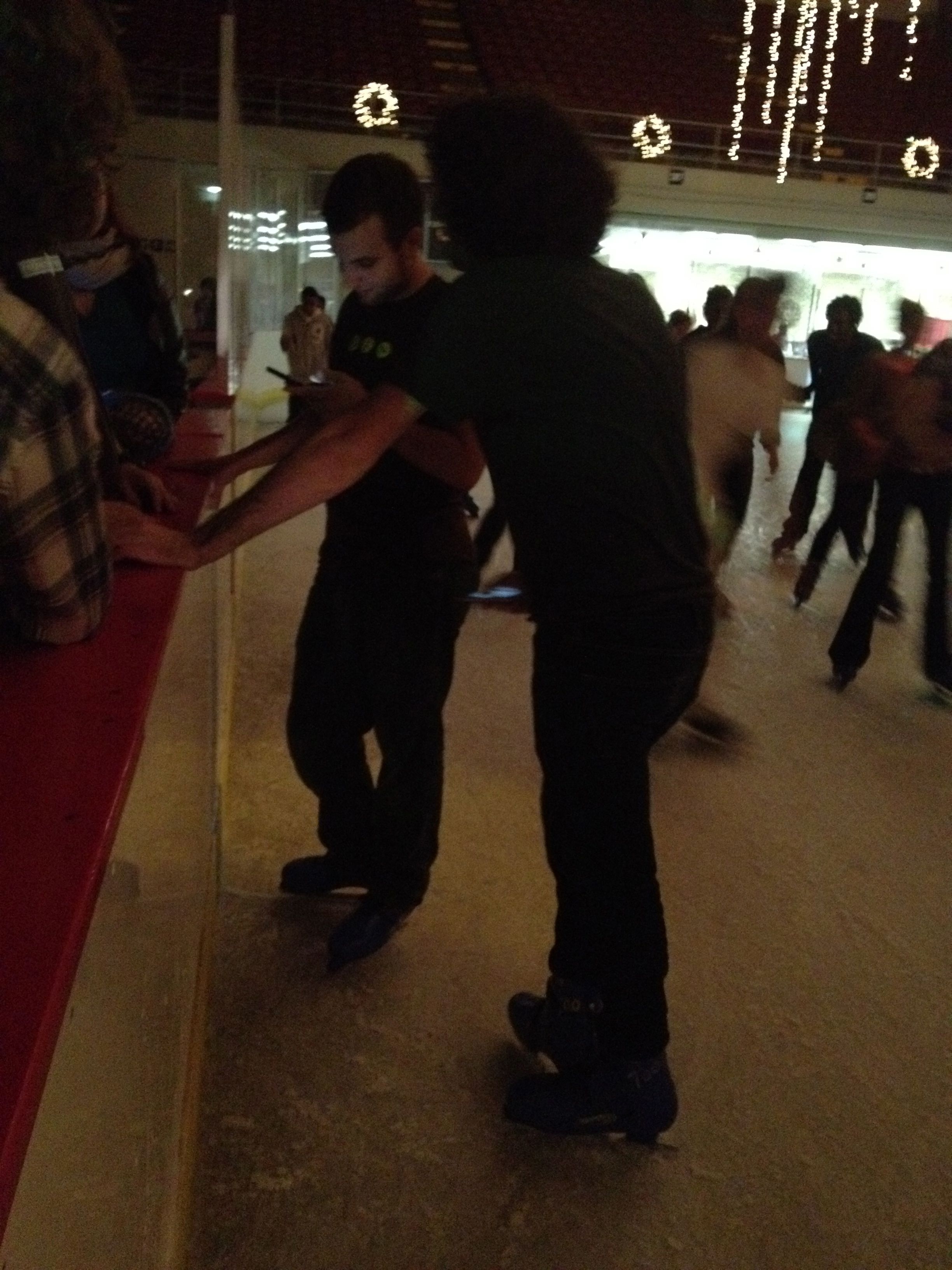 Nacin and Koop on skates 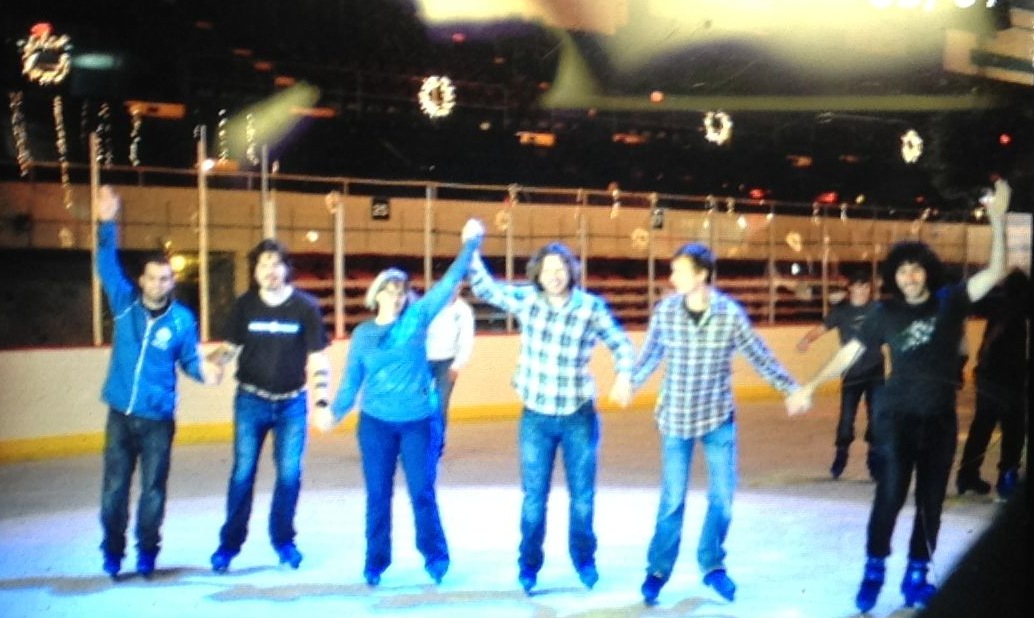 Then a stop at Huc-a-Poo’s, then home.

We spent the morning talking about mobile apps and their place in the WordPress ecosystem, as well as making the dashboard a better experience when viewed in a mobile browser.

Lunch: Went to AJ’s and ate on the deck. Continued talking about mobile.? This eventually morphed a bit into a discussion about the lines between .org/.com. 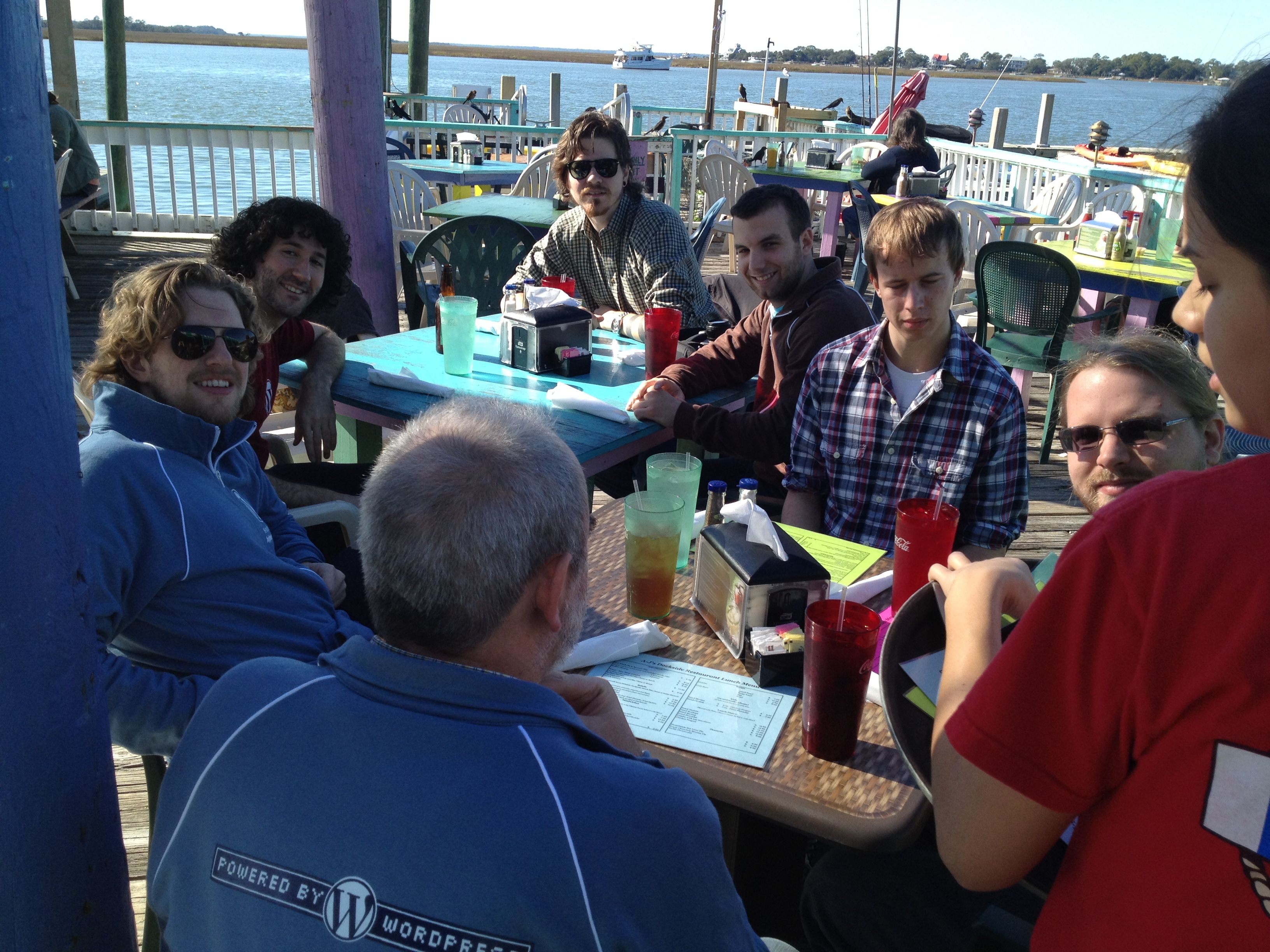 After lunch we talked about the default theme for 2012, including what it should do/be that our current themes don’t already accomplish, and the process for its creation. Breakouts followed. One was focused on multisitemultisite Used to describe a WordPress installation with a network of multiple blogs, grouped by sites. This installation type has shared users tables, and creates separate database tables for each blog (wp_posts becomes wp_0_posts). See also network, blog, site, while the other was focused on hosting/diagnostics/health check. We tested doing a Google Hangout with screensharing as a way to collaborate more effectively throughout the year, and agreed we would try to do them once a month. For dinner we got takeout BBQ from Gerald’s Pig & Shrimp. We pretended @ryan was with us by playing a video of him from last year’s meetupMeetup All local/regional gatherings that are officially a part of the WordPress world but are not WordCamps are organized through https://www.meetup.com/. A meetup is typically a chance for local WordPress users to get together and share new ideas and seek help from one another. Searching for ‘WordPress’ on meetup.com will help you find options in your area.. Afterward, Koop gave a primer on JavaScriptJavaScript JavaScript or JS is an object-oriented computer programming language commonly used to create interactive effects within web browsers. WordPress makes extensive use of JS for a better user experience. While PHP is executed on the server, JS executes within a user’s browser. https://www.javascript.com/..

When we started this morning, we tried to at least quickly hit the things we hadn’t gotten to yet, since today was the last day. These included: Google stuff, core plugins, how leadership in core does/does not translate to leadership of the whole project, wordpress.orgWordPress.org The community site where WordPress code is created and shared by the users. This is where you can download the source code for WordPress core, plugins and themes as well as the central location for community conversations and organization. https://wordpress.org/ site, pairs (creating process to make collaborative/non-solo development the norm), and CMS stuff.

Since a lot of us were pretty interested in making the theme customization process a focus of the next release, we starting identifying what the chunks of that might look like under the new process and with people working in pairs/teams. We continued talking about this over brunch at the Tybee Island Social Club, where @nacin and @dkoopersmith drank bacon bloody marys. 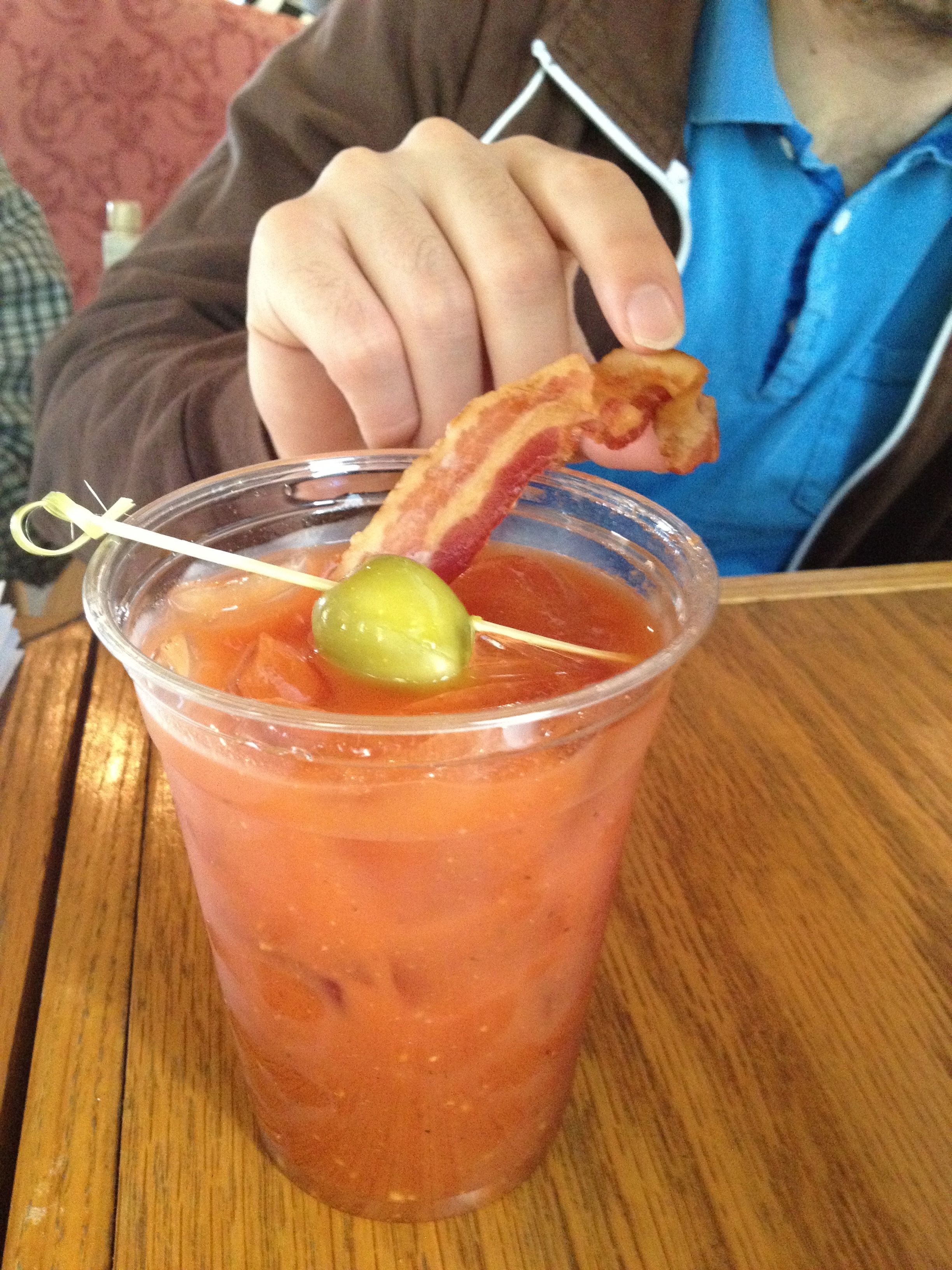 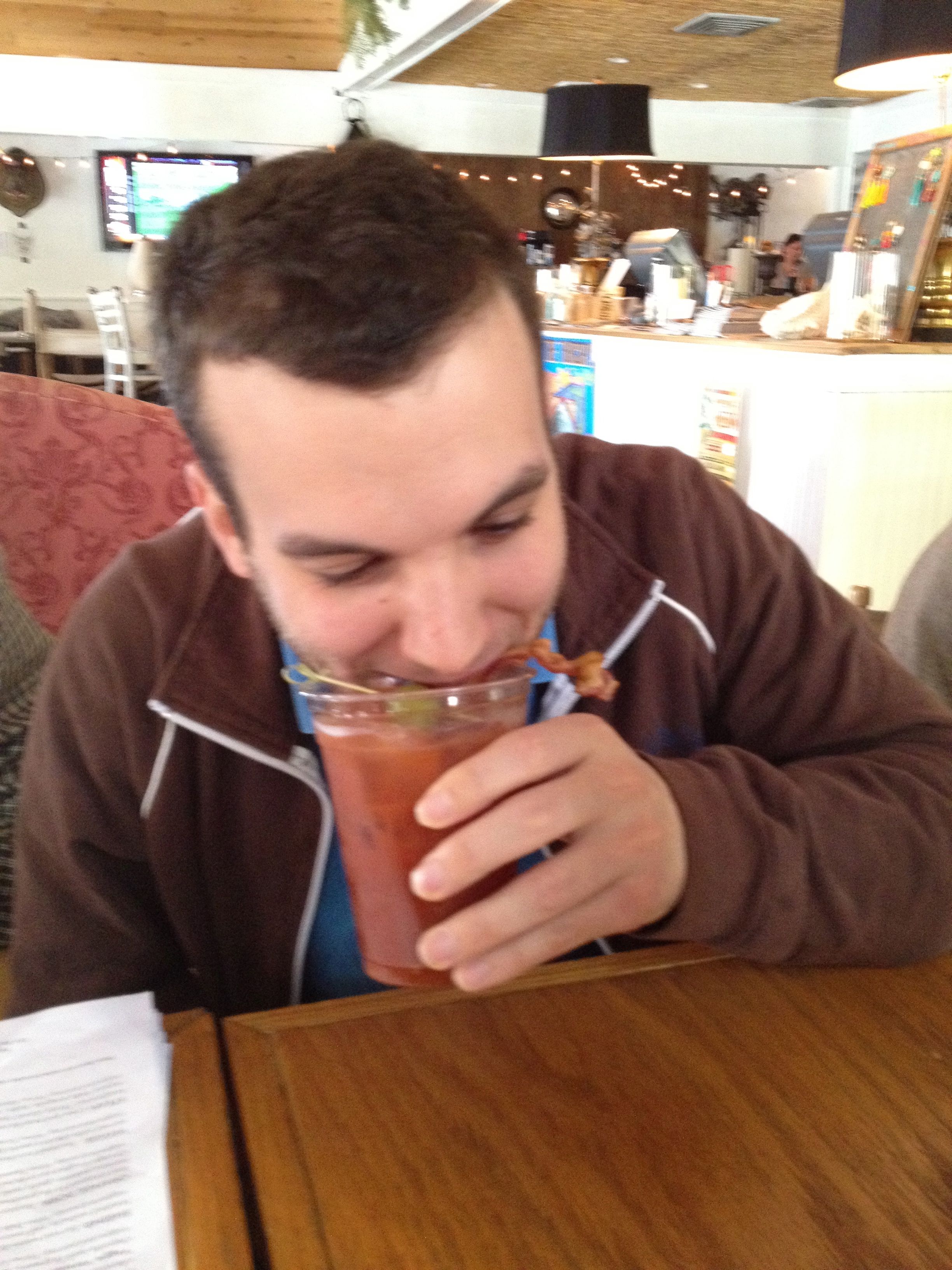 Should Nacin eat the bacon or drink the bloody mary? He can’t decide.

Now we begin a 2nd mini meetup. Matt, Nacin, Koop, and I are staying, and have been joined by @otto42 and @chexee. The next couple of days we’ll be doing some planning and starting projects to make visiting wordpress.org a better, more useful experience. ? Tonight, though, everyone is catching up on some individual work after a week of long days.

We’ll post summaries of the specific core meetup discussions over the coming week.

The current release in progress is WordPress 6.1.

1598 people have pledged time to contribute to Core Team efforts! When looking for help on a project or program, try starting by reaching out to them!