When a visual and small screen admin refresh was introduced in 3.8 (by way of the feature plugin MP6), the admin font was changed to Open Sans to better complement the redesigned vector iconography. This change was not without its bumps or controversy, notably around extended character sets and that it is loaded from Google Fonts for a variety of reasons.

Instead of relying on an external resource, Font Natively moves the WordPress admin back to system fonts. This leads to faster load times, especially when working offline, a removal of a third-party dependency, and a more native-feeling experience as the lines between web experiences and apps continue to blur.

Development – A plugin is available on GitHub by @mattmiklic and is ready for testing. It is also available in patch form on #36753.

Documentation & Testing – This needs to be tested for any misalignments or other issues when switching to system fonts. 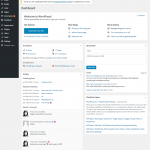 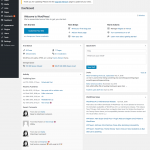 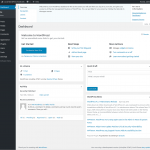 1437 people have pledged time to contribute to Core Team efforts! When looking for help on a project or program, try starting by reaching out to them!