This recap is a summary of our previous PHPPHP The web scripting language in which WordPress is primarily architected. WordPress requires PHP 5.6.20 or higher meeting. It highlights the ideas and decisions which came up during that meeting, both as a means of documenting and to provide a quick overview for those who were unable to attend.

The main focus of our recent meeting was reviewing the latest work around the upcoming php info widgetWidget A WordPress Widget is a small block that performs a specific function. You can add these widgets in sidebars also known as widget-ready areas on your web page. WordPress widgets were originally created to provide a simple and easy-to-use way of giving design and structure control of the WordPress theme to the user..  A reminder that this work is being tracked here. 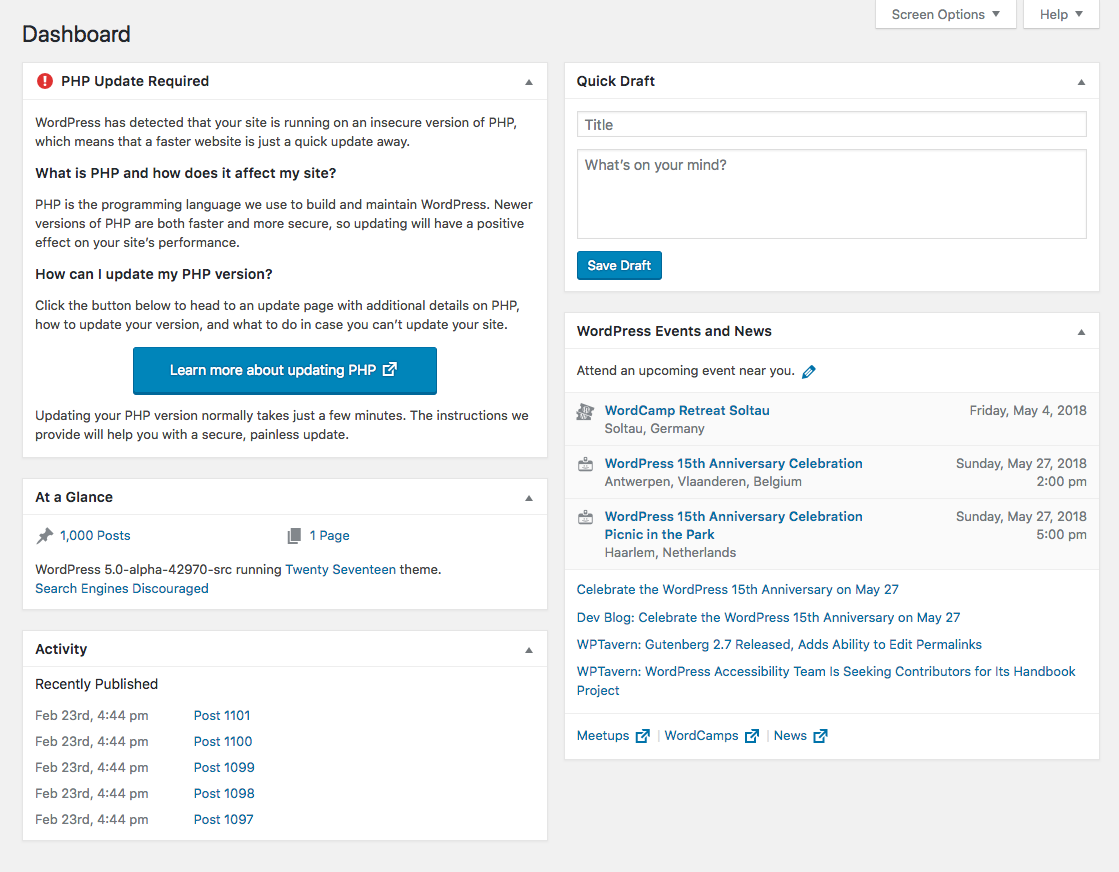 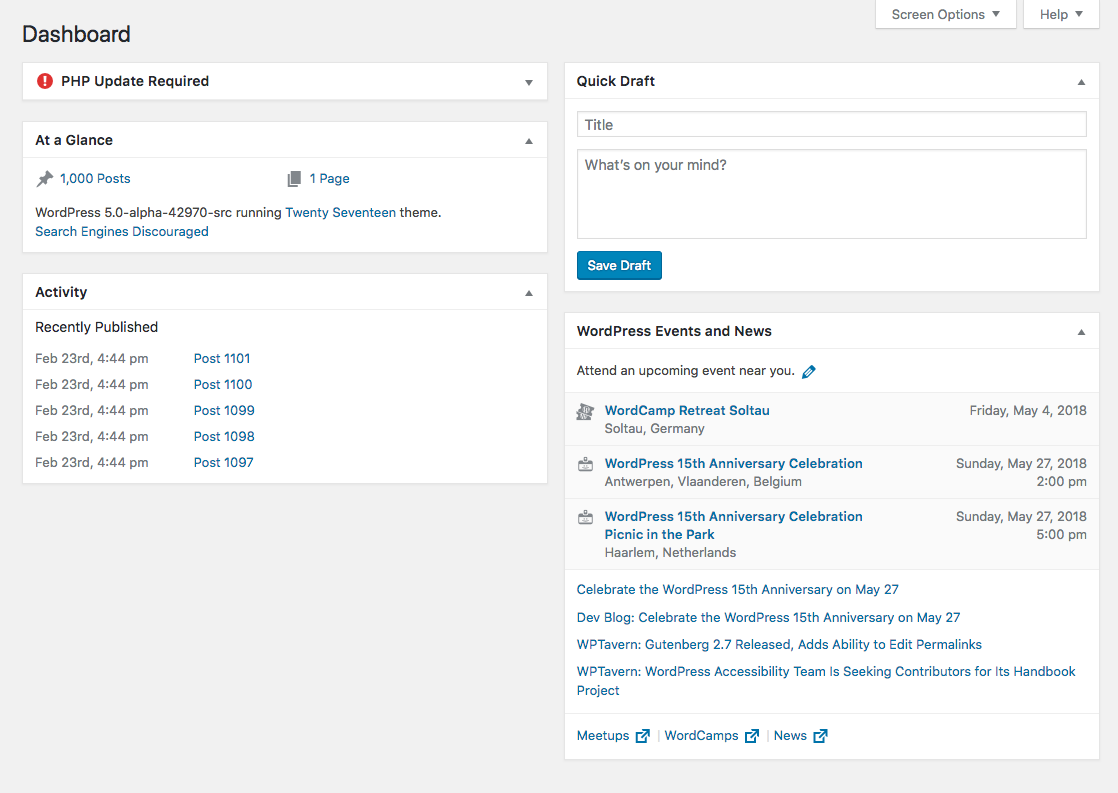 Notable features of this iteration:

General consensus seemed to favor this latest iteration.  However @johnjamesjacoby brought up some concerns about the verbiage and  language still in the widget.

In the latter part of the meeting we focused on the following design comments:

Although it was brought up that it’s unlikely yellow/orange would ever be displayed because most scenarios will result in an insecure version of PHP prompting the widget to show, we agreed that its trivial to do conditional colors so it will be implemented.

However, the nag being collapsed by default is not a trivial change to make.  There’s no prior art for that with the dashboard widgets.  We decided to defer further discussion on this until the next meeting.

Since the meeting @johnjamesjacoby provided additional feedback in the trac ticket and @flixos90 took some of what he suggested and proposed another iteration for the widget:

Changes made in this iteration:

A reminder that if you have suggestions about the dashboard widget but cannot make the meeting, please leave a comment on this post (and/or comment in the trac ticket).