With the introduction of language packs two years ago ([29630]), it’s easier than ever for users to change the main language of their site. However, in some cases a single localeLocale A locale is a combination of language and regional dialect. Usually locales correspond to countries, as is the case with Portuguese (Portugal) and Portuguese (Brazil). Other examples of locales include Canadian English and U.S. English. (i.e. the language variant, like Canadian French) is not enough.

Let’s say a site of mine is running German (Switzerland), which there is a language pack for. However, most plugins only have a German (Germany) translationtranslation The process (or result) of changing text, words, and display formatting to support another language. Also see localization, internationalization., or perhaps only even a de_DE_formal translation. As a native German speaker, I’d prefer to read a German (Germany) translation instead of English, if a German (Switzerland) version did not exist. Instead of getting translations as I’d wish (as the translations are very similar), WordPress falls back to the original English strings. That’s a poor user experience for many non-English speakers. Now, since the addition of a user-specific language (#29783), this issue is even more important.

There’s been a long discussion about this issue in #28197, where possible solutions have been suggested without any consensus. Instead of directly talking about how this can be technically implemented, we should first explore the actual user experience problems and see what’s possible and how it might look.

For this, I began researching how other software approach this problem. Those of us interested in this problem can learn from existing solutions and proceed from there.

These screenshots should give you a better understanding of what I’m talking about: 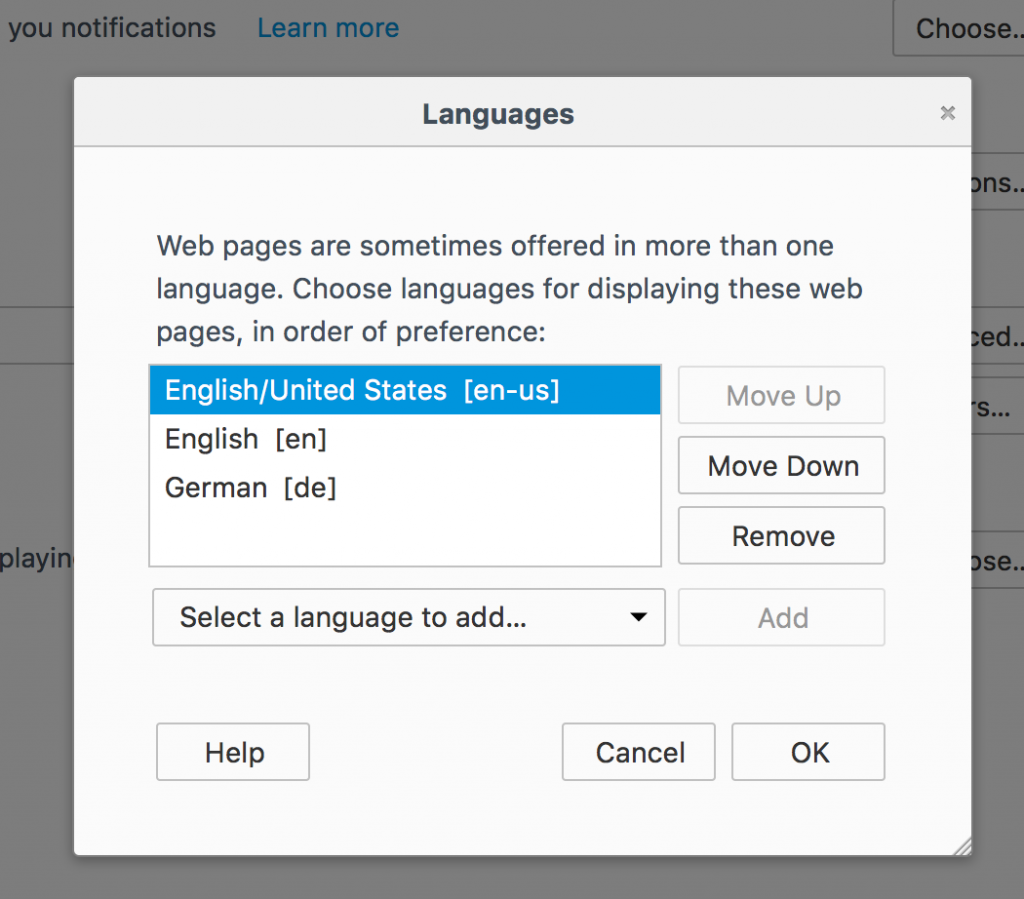 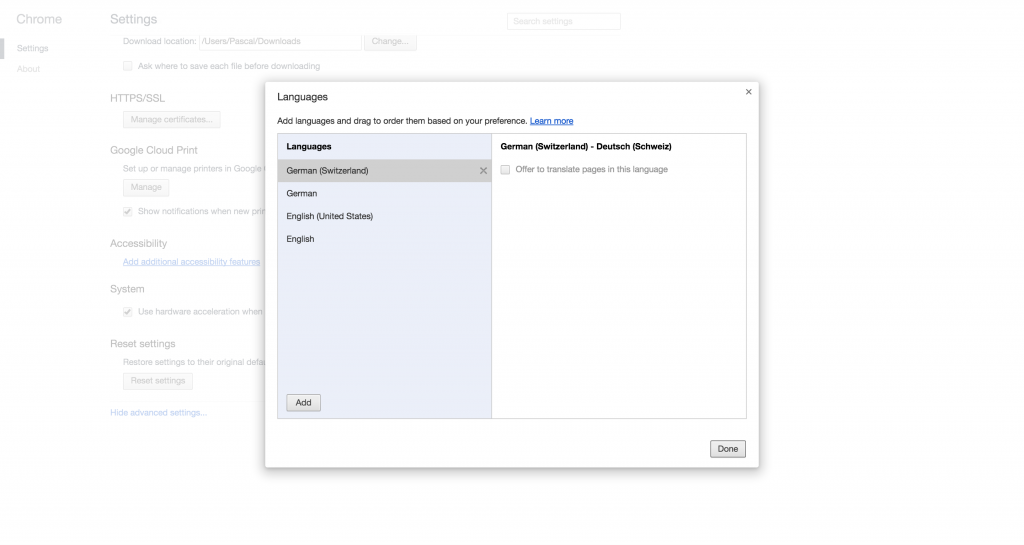 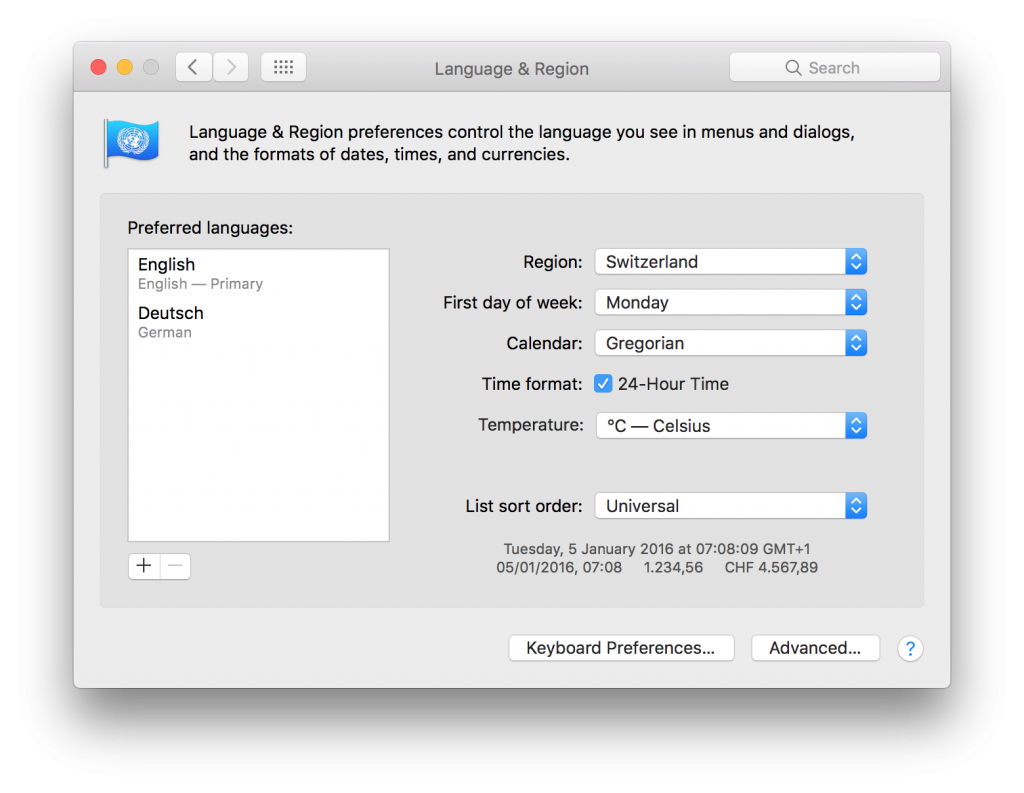 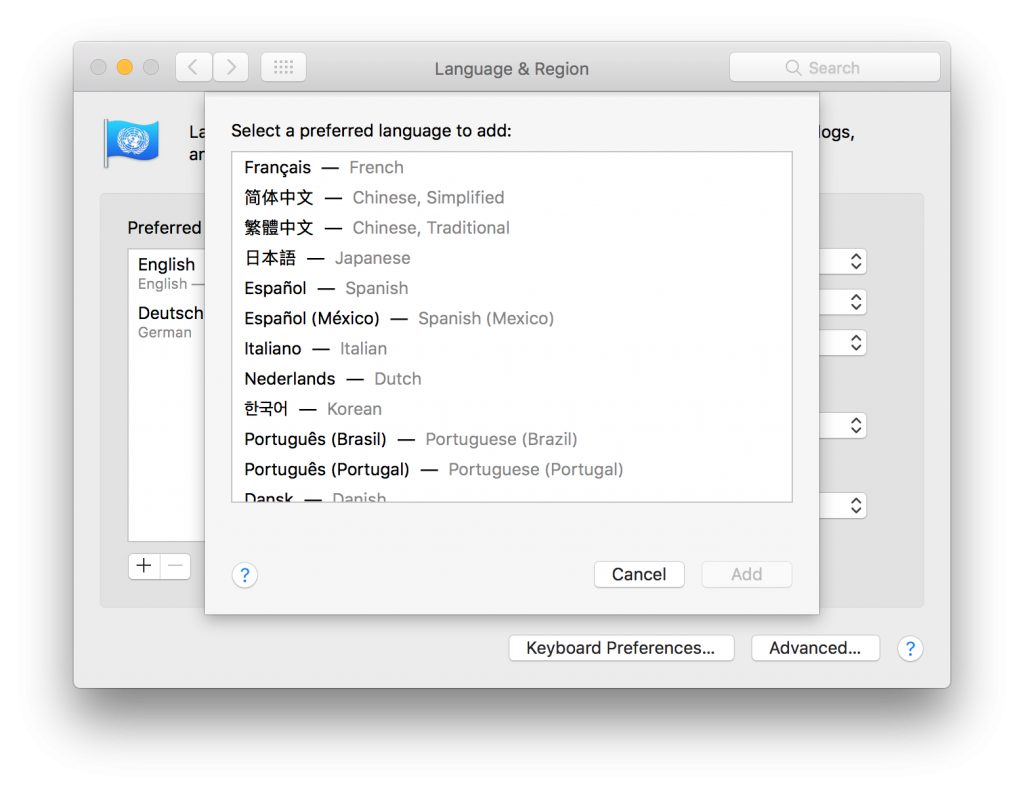 To keep momentum and continue thinking through this problem, I want to kick off a feature project, about improving the experience for WordPress users who use the product in non-English languages, of which multiple locales may exist.

Your feedback is incredibly important to ensuring we get this right. Leave any thoughts in the comments below. Would you like to help out? Awesome. Let’s have an initial chat on Wednesday, 26 October 2016, 17:00 UTC in the #core-i18n SlackSlack Slack is a Collaborative Group Chat Platform https://slack.com/. The WordPress community has its own Slack Channel at https://make.wordpress.org/chat/. channel and go from there.

I’ve set up a GitHub repository that can be used as a playground for discussions, prototypes, and eventually a working solution. For this, design and accessibilityAccessibility Accessibility (commonly shortened to a11y) refers to the design of products, devices, services, or environments for people with disabilities. The concept of accessible design ensures both “direct access” (i.e. unassisted) and “indirect access” meaning compatibility with a person’s assistive technology (for example, computer screen readers). (https://en.wikipedia.org/wiki/Accessibility) feedback would be very helpful. I’m confident that we can build something that we can propose for inclusion in a future WordPress release!