This is underway, with several commits already. Slow-and-steady approach. Have started with annotations, gradually adding top-level comments to all class methods. I have been using pseudo-code to map out each file: https://gist.github.com/staylor/10115a0f455e16c6eafd.

Start with identifying every piece of the tree, then making sure all methods have each piece of the documentation.

These will replace the “crystal” icon set. For AV2, we are interested in replacing the icons that show up in the media list tables, and using the icons in the placeholders for Audio, Video, Playlist, and Video Playlist shortcodes in TinyMCE content.

#26864 Consolidate handling of object, audio and video tags in wpautop

PHPPHP The web scripting language in which WordPress is primarily architected. WordPress requires PHP 5.6.20 or higher and JSJS JavaScript, a web scripting language typically executed in the browser. Often used for advanced user interfaces and behaviors. versions of wpautop() need to respect the inner elements of media HTMLHTML HyperText Markup Language. The semantic scripting language primarily used for outputting content in web browsers. tags for media: <param>, <embed>, <track>, <source>
Initial patchpatch A special text file that describes changes to code, by identifying the files and lines which are added, removed, and altered. It may also be referred to as a diff. A patch can be applied to a codebase for testing. – ongoing work from azaozz

#26628 Use the content of a video shortcodeShortcode A shortcode is a placeholder used within a WordPress post, page, or widget to insert a form or function generated by a plugin in a specific location on your site. when provided – depends on ^ 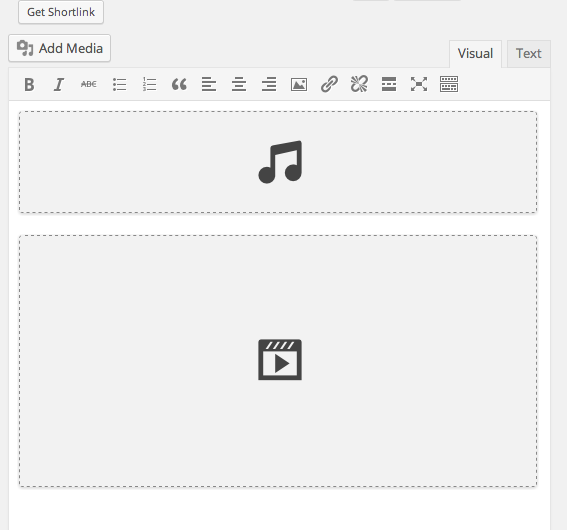 I have just been letting it soak in the wild for a day.

This currently has 2 implementations.

#1 requires the user to care

#2 IMO does not scale, as the media modal loads ALL of your media in one fell swoop upon being opened – let’s say you have 300 videos uploaded pre-3.6: there will be no metadata, so you might melt your filesystem by scanning and analyzing 300 files at once.

This is still in the exploratory phase – would love some UXUX User experience thinking on this.

The TinyMCE view code can probably be merged into the wpaudiovideo TinyMCE pluginPlugin A plugin is a piece of software containing a group of functions that can be added to a WordPress website. They can extend functionality or add new features to your WordPress websites. WordPress plugins are written in the PHP programming language and integrate seamlessly with WordPress. These can be free in the WordPress.org Plugin Directory https://wordpress.org/plugins/ or can be cost-based plugin from a third-party once #26628 goes in, which has its own dependencies. As I mentioned, Playlists and Video Playlists probably need their own identifying icons.

I have created a basic UIUI User interface for playlists that inherits styles from your existing theme. The HTML and CSSCSS Cascading Style Sheets. is minimal and generic. Here are some screenshots of it in action: 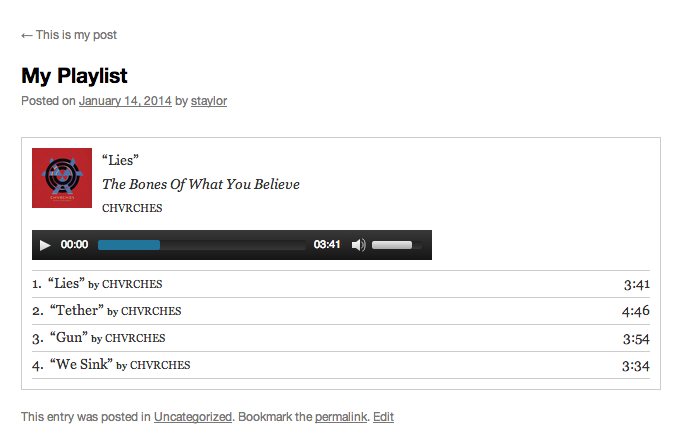 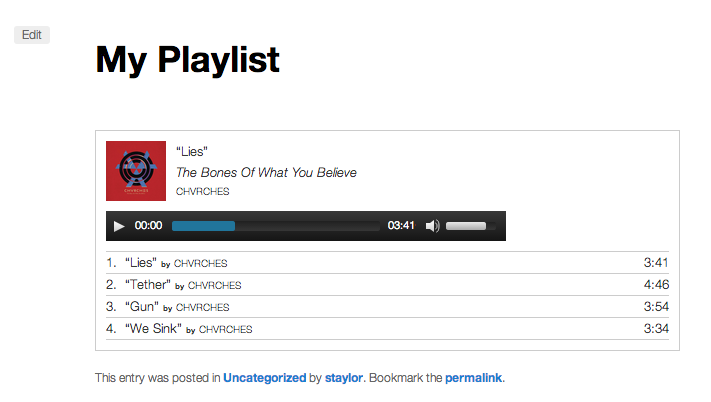 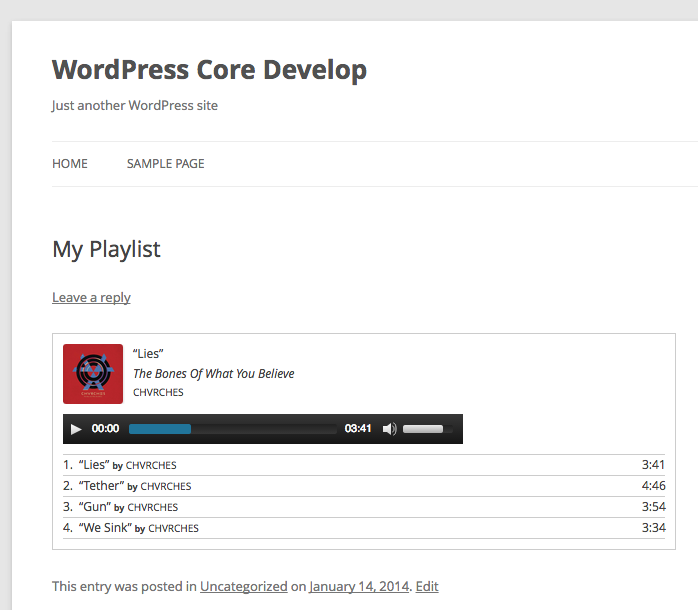 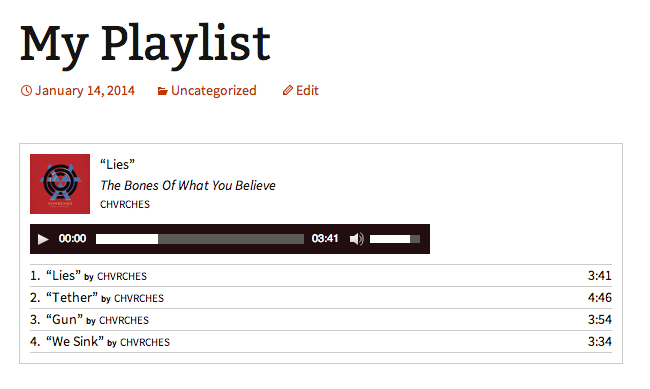 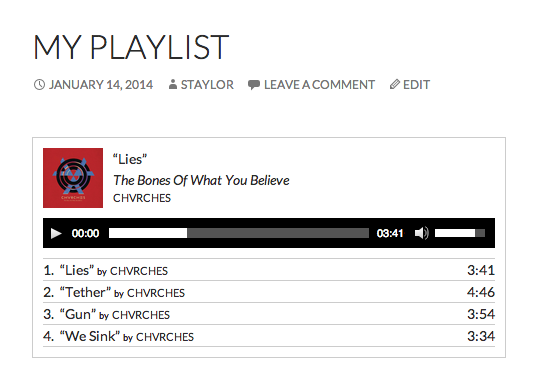 1783 people have pledged time to contribute to Core Team efforts! When looking for help on a project or program, try starting by reaching out to them!