The importer is largely unchanged from last week, with the exception of a few UIUI User interface changes: 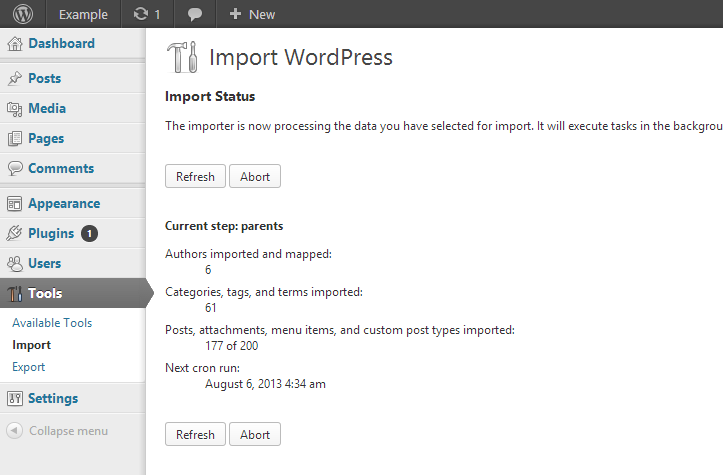 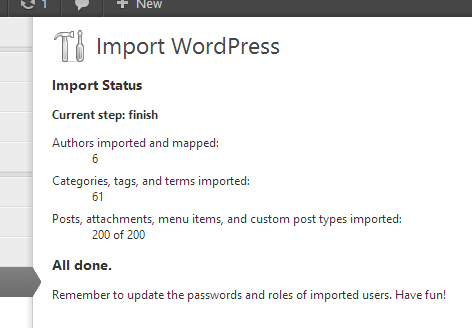 I’ve also had the chance to run it against a large number of import files, including ones sent to me by generous volunteers who read some of my previous weekly updates (props @tieptoep). No catastrophes, yet!

Obviously, it’s still a work in progress, but I’m now willing to risk a public betaBeta A pre-release of software that is given out to a large group of users to trial under real conditions. Beta versions have gone through alpha testing in-house and are generally fairly close in look, feel and function to the final product; however, design changes often occur as part of the process.. The usual disclaimers (please don’t use this on a production siteProduction Site A production site is a live site online meant to be viewed by your visitors, as opposed to a site that is staged for development or testing.) apply.

Although I’m not aware of any other plugins that build on the WXR importer through its APIAPI An API or Application Programming Interface is a software intermediary that allows programs to interact with each other and share data in limited, clearly defined ways., I nevertheless generated some PHPDoc API documentation using phpDocumentor 2, which might be handy if you decide to hook into this or reuse its components.

I’d love to hear your feedback on the interface, on the general experience using this importer, and any errors or warnings that you encounter. Thanks!

1710 people have pledged time to contribute to Core Team efforts! When looking for help on a project or program, try starting by reaching out to them!