Hey everybody — I have good news and bad news.

Good news: I’ve finished porting all the individual import steps to the cron model and now have a mostly working frontend UIUI User interface (largely unchanged from the previous iteration of the importer) that utilizes it.

As of this evening, the cron model is able to parse, process, and finish importing two test XML files from the coreCore Core is the set of software required to run WordPress. The Core Development Team builds WordPress. unit tests (valid-wxr-1.1.xml and small-export.xml). The test case, which uses exactly the same assertions as the core unit testunit test Code written to test a small piece of code or functionality within a larger application. Everything from themes to WordPress core have a series of unit tests. Also see regression., passes all 193 assertions. (Update: an errorless import of the wptest.io sample data has been done.) 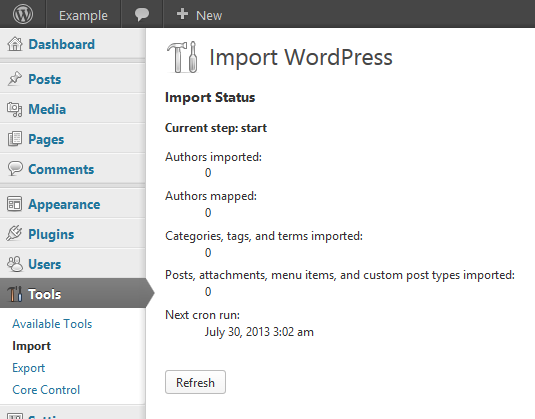 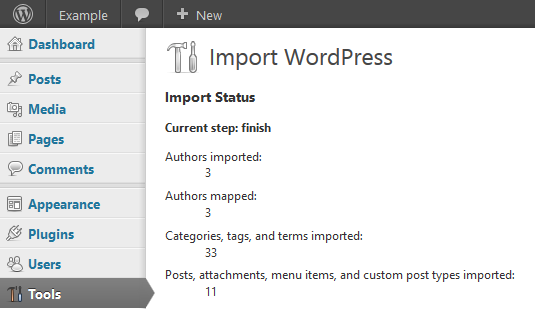 Bad news: I wanted to tagtag A directory in Subversion. WordPress uses tags to store a single snapshot of a version (3.6, 3.6.1, etc.), the common convention of tags in version control systems. (Not to be confused with post tags.) a version and release a download today, but I’ve decided not to do so due to the unconfirmed stability of the importer. As some astute observers noted last week, storing the temporary data in the options table can blow out caches. Although I’ve attempted to mitigate this (see [2180] and this reference from a few years back on Core Trac), I still need to test this against some real systems before I release it and break your server.

Although an overhaul of the XML parser, as suggested in the comments on last week’s post, is probably necessary to avoid memory and caching issues, my first priority was to finish the migrationMigration Moving the code, database and media files for a website site from one server to another. Most typically done when changing hosting companies. of processes to the cron tasks. As soon as I can post a working importer, I will immediately turn my attention to the XML parsing step.