Check out our current COVID-19 guidelines for in-person events!

The first WordCamp Harare took place on 10 December 2016 and it was a great success. The local community is now super motivated to get involved in local events and make sure that WordCampWordCamp WordCamps are casual, locally-organized conferences covering everything related to WordPress. They're one of the places where the WordPress community comes together to teach one another what they’ve learned throughout the year and share the joy. Learn more. Harare 2017 is bigger and better than last year’s event. Despite the challenges mentioned below, the event organisation was really solid and everything ran very smoothly. The team has already started putting together their 2017 WordCamp and they are in the pre-planning phase right now. 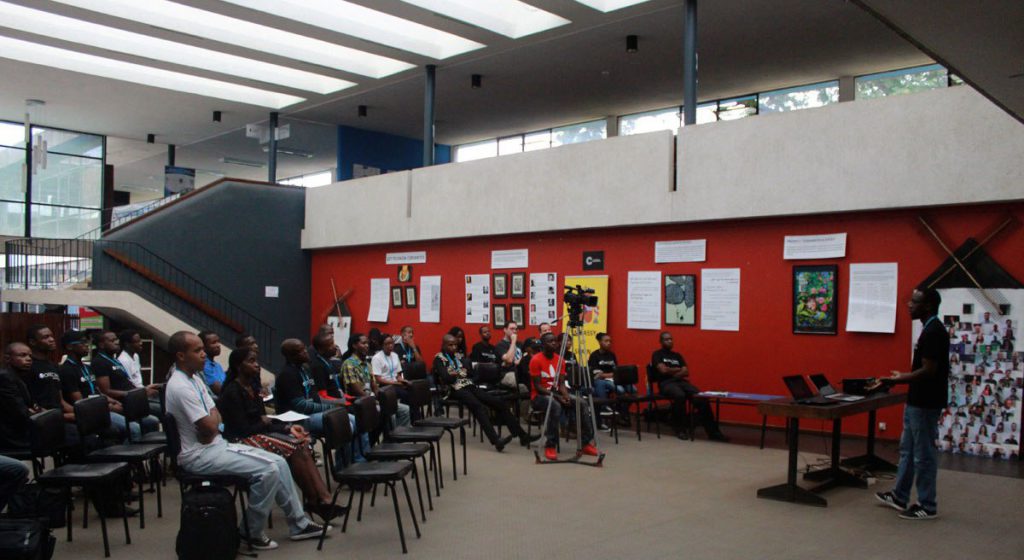 In general, there are not very many active and functioning WordPress communities across Africa (South Africa being the main exception), so when an opportunity arose for a WordCamp to be incubated in an African country I, as a South African, was very excited; even more so because that country is Zimbabwe – one of our closest neighbours and a country with a pretty rough political and economic history.

Before we started working with @thabotswana (the local organiser for the WordCamp) there was no WordPress community in the city or anywhere else in the country. This meant that getting the word out about WordCamp proved to be a bit tricky (more on that below), but a couple of months before the event we setup a Harare meetup group that had a bit of a rocky start. One of the main challenges with it, was that people in Zimbabwe tend to use WhatsApp for these things and most people don’t really use online platforms like meetup.com. This meant that Thabo also setup a WhatsApp group for the meetupMeetup Meetup groups are locally-organized groups that get together for face-to-face events on a regular basis (commonly once a month). Learn more about Meetups in our Meetup Organizer Handbook. in order to get people on board.

After the first few meetupsMeetup Meetup groups are locally-organized groups that get together for face-to-face events on a regular basis (commonly once a month). Learn more about Meetups in our Meetup Organizer Handbook., people started coming along more consistently and this formed the main area for speaker applications and the first attendees to buy tickets. 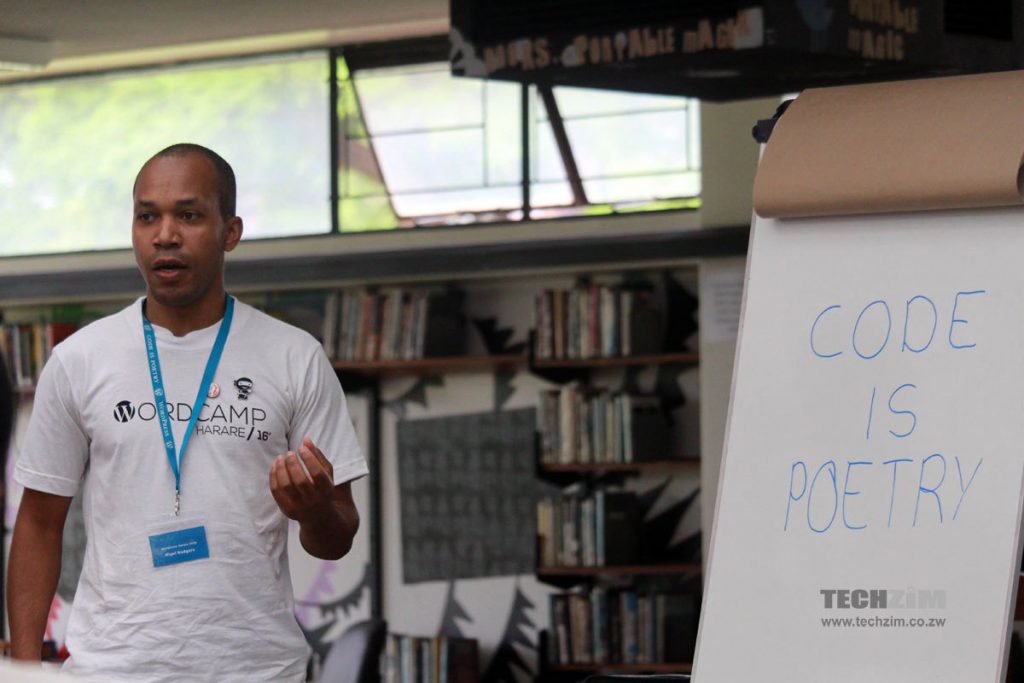 Gathering the community
I’ve already mentioned the problems with meetup.com – WhatsApp is a poor replacement for a system as robust as that, but it’s the only real way to keep in touch with a meetup group like this in the area. This meant that getting the community together in person was a bit tricky. It does seem, however, that having the WordCamp has lit a bit of a fire under many people in the community who are now very excited about attending future events and getting more involved.

Promoting the event
Related to the challenge of gathering the community, was finding good ways to promote the event. We got the word out on as many local tech sites as possible and spread the word around as much as we could on social media, but this was still a huge struggle. After the event, there were a lot of people who said they would definitely have attended if they had known about it, so we clearly didn’t spread the word as much as we could have. I feel that this will be less of an issue next year though, as this event has given the meetup group a significant boost in membership and there are a number of local companies who are very keen to get involved, not just in WordCamp, but in meetups too.

Paying invoices
Due to the poor state of the Zimbabwean economy, a few of the local banks just don’t accept payments from the US. We only discovered this after attempting to pay them of course, so we had to make an alternative plan for some of the invoices. Ultimately we were given permission to use Automattic’s South African bank account for the payments and, while it worked, there was a significant amount of paperwork on our side just to make the payments that we needed to make. We only worked out this option a couple of weeks before the day of the WordCamp, so there were some rather stressful last minute payments being made.

Selling tickets
Also due to the state of the Zimbabwean economy, people are very mistrustful paying for things online using PayPal. This meant that by the time the event started we only had 22 tickets booked, most of whom were organisers, volunteers and speakers. We did make a way for people to do a standard bank transfer for their tickets, but only 2 people took advantage of that. Fortunately, 20 people bought tickets at the door (which meant we had 42 attendees in total). We could effectively fix this problem, however, if we had a CampTix extension for the Zimbabwean payment gateway, Paynow. Paynow allows payments to be made via EcoCash, which is a mobile-based payment method that pretty much everyone in the country uses – the local team is committed to building a Paynow extension for CampTix for this year’s event. Africa may be technologically poor in many respects, but the continent totally dominates the mobile payments arena more than any first-world country by a huge margin.

I was not able to attend the actual event – although I did stay online as much as possible during the day to offer advice and such – but two of my South African friends, @jobthomas and @kokkieh, attended and spoke at the event. While it was great for the local community to have some visitors there in order to have a perspective from outside Zimbabwe, the local speakers really were top notch.

On that note, one thing that we did not struggle with was getting speakers for the event and the quality of speakers ended up being very high – I think this is a testament to the fact that there’s a lot of valuable knowledge in Zimbabwe.

Aside from one of the speakers not arriving (which didn’t cause too much of a disruption as the schedule was shifted around to accommodate his lack of appearance) and the morning tea arriving a little bit late, everything went very smoothly, and everyone had a great time. The overall feeling was that the day was a definite success and the general organisation was very good. The venue (Harare City Library) worked well and there weren’t any real technical issues that came up. Wifi wasn’t fully available for everyone, but a local wifi provider has offered their services (for free!) for 2017’s event, so that’s something that can be easily fixed for next time. 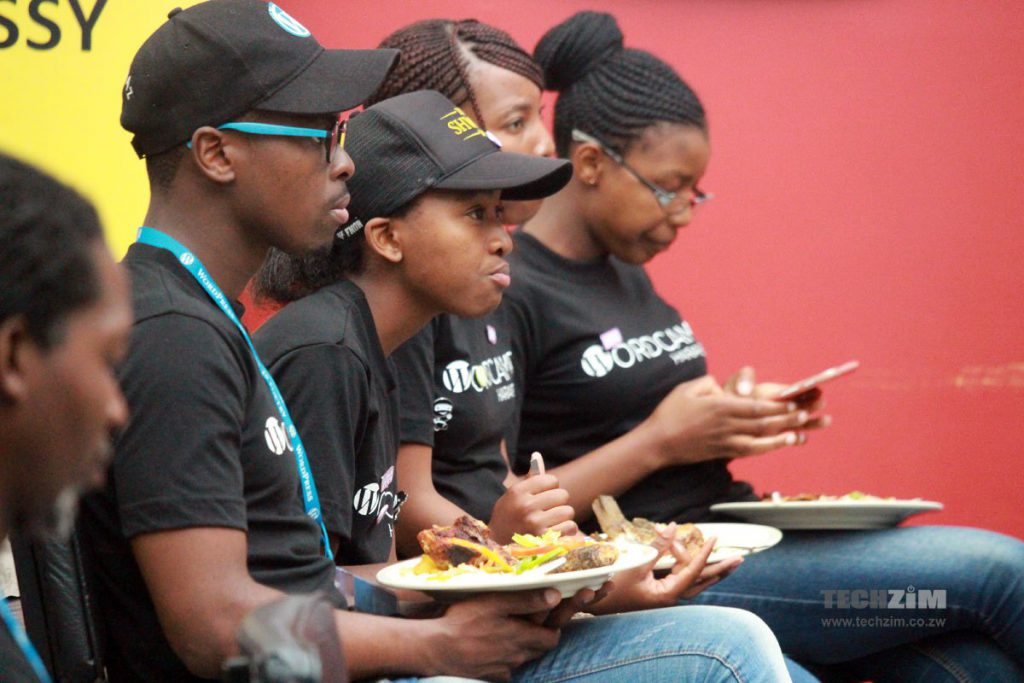 The result of this event is that there are a lot of local individuals and companies who are very interested in getting involved in future meetup events as well as future WordCamps. People are excited about WordPress and the future of the local community. More than just general interest, however, a lot of people have expressed their desire to get involved in planning events, volunteering at WordCamp and even sponsoring events. This is, of course, hugely encouraging.

You can see all the videos from the day’s talks up on WordPress.tv.

You can also read some independent recaps, along with plenty more photos, on Techzim (a local tech blog in Zimbabwe) as well as on WP Tavern.

As an added bonus, there’s an interview with Thabo Tswana (the lead organiser) up on WordPress.tv.

Everyone is very excited for the future of the local WordPress community – they even held a meetup the week after WordCamp to discuss the event as a community and to talk about their future. A lot of people have approached Thabo about getting involved next year and telling him how excited they are for WordCamp Harare 2017. As I said earlier, Thabo has already submitted an application for WordCamp Harare 2017, which has since been approved. 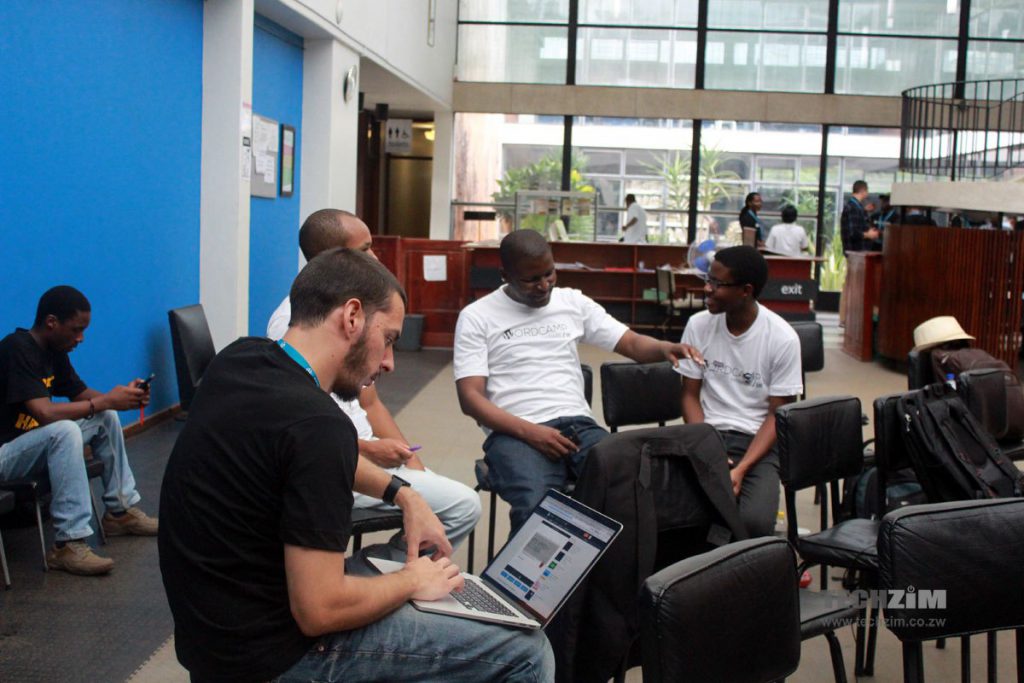 My Thoughts on the Incubator Programme

After seeing how things went with the Denpasar and Medellín incubators, I feel that the incubator programme has been a success and it something that we should definitely continue with in some form. It is clear that local communities have been inspired to do more and to grow even more. WordCamp Harare may not have had the biggest turnout (we didn’t actually quite hit the 50 person mark), but the massive amount of interest that it has sparked about WordPress in Harare is inspiring and hugely encouraging. As an African, I can’t wait to see how the community grows in Zimbabwe.

A couple of additional thoughts:

So all in all, I’m very happy with the result and I’m looking forward to an even bigger and better WordCamp Harare this year!

UPDATE: Check out our latest COVID-19 guidelines for in-person events.

1827 people have pledged time to contribute to Community Team efforts! When looking for help on a project or program, try starting by reaching out to them!