Check out our Current COVID-19 guidelines for in-person events!

In the Summer of 2015, a survey on WordCamp.org tools has brought up some great ideas and suggestions for a new default WordCamp.org theme. We, the growing design team of WordCamp Europe 2017, this year 6 people strong, want to help create such a new default theme for WordCamps. The ideas voiced in the survey were pretty much in line with our vision for a new theme.

We currently use the “WordCampWordCamp WordCamps are casual, locally-organized conferences covering everything related to WordPress. They're one of the places where the WordPress community comes together to teach one another what they’ve learned throughout the year and share the joy. Learn more. Base Redux” theme for WCEU17 which is based on a very old version of _s, lacking some of the newer features. The Redux theme also has some major A11yAccessibility Accessibility (commonly shortened to a11y) refers to the design of products, devices, services, or environments for people with disabilities. The concept of accessible design ensures both “direct access” (i.e. unassisted) and “indirect access” meaning compatibility with a person’s assistive technology (for example, computer screen readers). (https://en.wikipedia.org/wiki/Accessibility) issues we’d like to tackle.

The suggestions from the survey we felt most strongly about were “serve the many, not the few“, “flexible starter theme“, and “be a theme only“. Using a current version of _s would solve a lot of these wishes voiced by the community.

To tackle this, we compared the Base Redux theme with a current version of _s. We wanted to identify feature that were added and might need to be implemented in a new WordCamp base theme. Many added functions in Base Redux are legacy code, including older versions of the custom post types for speakers, session, etc. As those features are now handled by plugins, they are no longer needed in a new theme.

After stripping out all old and unused functions, we identified only some additional widgetWidget A WordPress Widget is a small block that performs a specific function. You can add these widgets in sidebars also known as widget-ready areas on your web page. WordPress widgets were originally created to provide a simple and easy-to-use way of giving design and structure control of the WordPress theme to the user. areas used:

We do see the need for some additional widget areas and will decide which widget areas make sense to add to the new default theme to add additional flexibility. Having special page templates with no sidebars (full width) or other layout options, could also be very useful additions.

In the comments to the survey, Josh Leuze came up with some ideas for a new default theme. He wanted to introduce a theme with a basic design, so any WordCamp organizing team, with limited design resources, has a good starting point for a nice WordCamp theme. Josh included some of his ideas in the GitHub repo with additional assets for visual design ideas.

A new theme without a bundled design

The Base Redux theme is a starter theme and doesn’t really include any design. When using it you basically have three options, to create a design:

For the new WordCamp theme we envision to:

We’re still working on the full list of theme improvements and features we’d like to include in the new WordCamp theme, but here are some of our ideas so far:

Designing a WordCamp website can be challenging since we can’t modify HTMLHTML HTML is an acronym for Hyper Text Markup Language. It is a markup language that is used in the development of web pages and websites. or JS so it’s important to have a good CSS starting point and documentation to speed things up. Separate from the new WordCamp theme, we’re also creating modular CSS and a living style guide as a convenient starting point for WordCamp organizers to use.

We’ll be releasing it open sourceOpen Source Open Source denotes software for which the original source code is made freely available and may be redistributed and modified. Open Source **must be** delivered via a licensing model, see GPL. for anyone to use, edit, and fork to create and share new versions. The styles can easily be applied to a WordCamp site using the “Remote CSS” plugin.

We’re hoping this to be a starting point and that the style guide will evolve over time. This will give others the opportunity to release more versions of it for the community to choose from. We understand that not every WordCamp team has design resources, so we want to help with some of the heavy-lifting providing this style guide.

We’ll be publishing more info about this soon. But for now, we’d like to share a few screenshots of what such a style guide would look like: 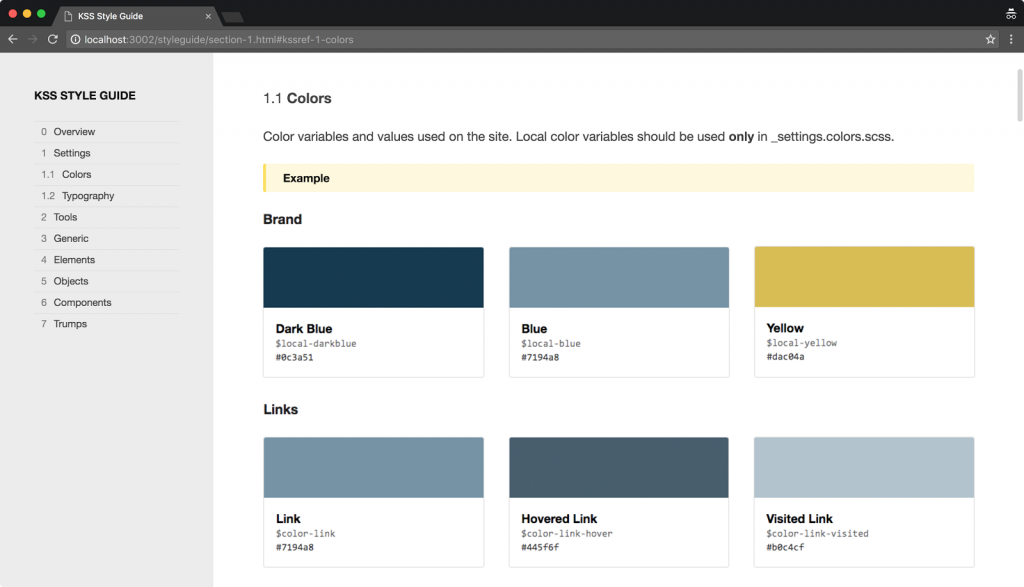 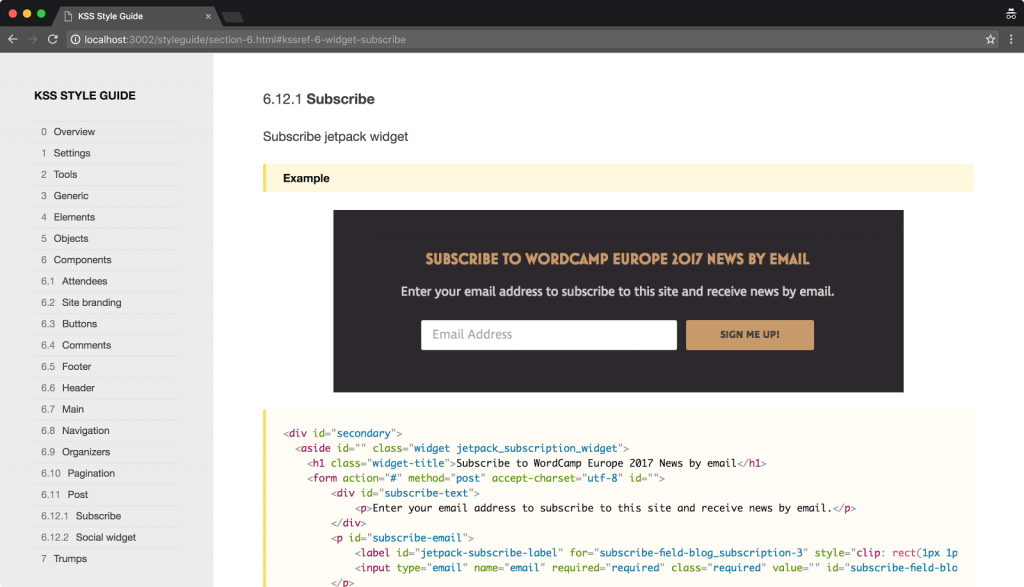 Big thanks to my team members @kau-boy and @lucijanblagonic who helped me kick this off.

We’re very excited about this project and we’d love to hear your feedback! Also read our intro post on WCEU.

1815 people have pledged time to contribute to Community Team efforts! When looking for help on a project or program, try starting by reaching out to them!